We went on two safaris in Tanzania: Lake Manyara National Park on one day and Ngorongoro Crater on another. These were two of the most incredible, out-of-body experiences I have ever had. 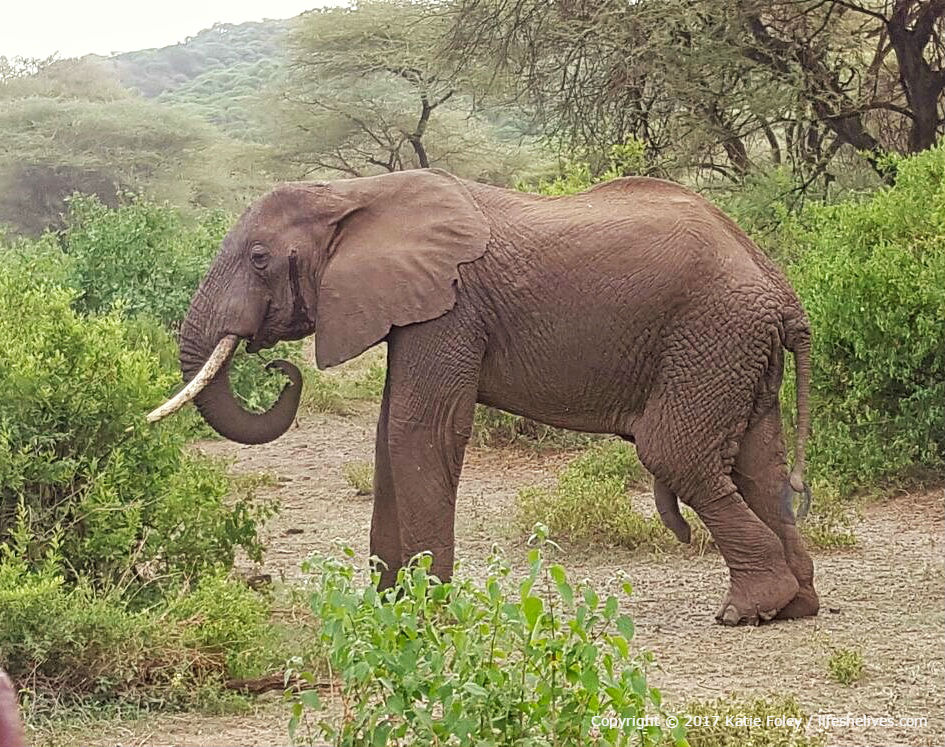 However, Safari Day One did not start off as expected. I was still within the first 24 hours of a really nasty travel bug and my sister was on the tail-end of it. I had been throwing up (among other things) more violently than I ever have in my life and the general consensus was that we needed to get checked out by a doctor before moving on to our safaris. We spent the morning at the hospital in Arusha where we got re-hydration prescriptions; they suggested it was food poisoning but we have ample reason to believe it was a viral infection – which is another story in itself. After that, we headed back to the hotel only to check out and hop right into the safari truck to go to Lake Manyara National Park.

I was still wearing whatever I'd thrown on in the morning before the hospital, I hadn't showered, I probably had throw up on my clothes from one of my many episodes in the hospital bathroom, I was sweating like crazy and I was pretty certain I was going to need multiple barf bags. Let me tell you, that ride was ROUGH. I'd previously been unable to be upright without getting nauseated so I am shocked to tell you that I didn't get sick a single time on the 2 hour drive.

As soon as we parked to check into the national park, though, my body was like “ok, break's over!” I won't give you too many nasty details but let's just say that I was certain I wasn't going to be able to enjoy the adventure as much as anyone would like.

Anyhow, Lake Manyara is usually treated as an introductory experience before going to Ngorongoro Crater or the Serengeti. It's rather small comparatively, only warranting a day trip. But, it still offers breath-taking views and the chance to see some amazing animals.

While waiting to check in, we got our first taste of what was to come. Baboons. Baboons EVERYWHERE. There were big ones, little ones, absolutely massive ones… everywhere you looked! They were just casually walking around the parking lot with their bright red butts wagging back and forth as they strolled along the sidewalks and jumped from treetop to treetop. Throughout our two-day adventure, our tour guide loved to joke about closing our windows whenever we parked because the baboons like to steal things.

As soon as we pulled into the park, it's like a crazy adrenaline rush came over me and I somehow (mostly) forgot about my nausea. I think all it took was turning the corner and spotting our first animals.

First we ran into monkeys. Monkeys of all kinds. They were so plentiful; everywhere you looked you could see them on the side of the road chomping on some grass, hanging and swinging in the trees (the little guys above were the most active), or running around in the distant fields.

My absolute favorite was one monkey that we found sitting on a rock on the side of the road. It was one of the very first close-ups we came across so we all excitedly reached for our cameras to get our shots. As soon as we pointed our cameras, he cocked his head to the left as if to say “get my good side please!” He held this position for a good five minutes like he knew what we wanted and was happy to appease. 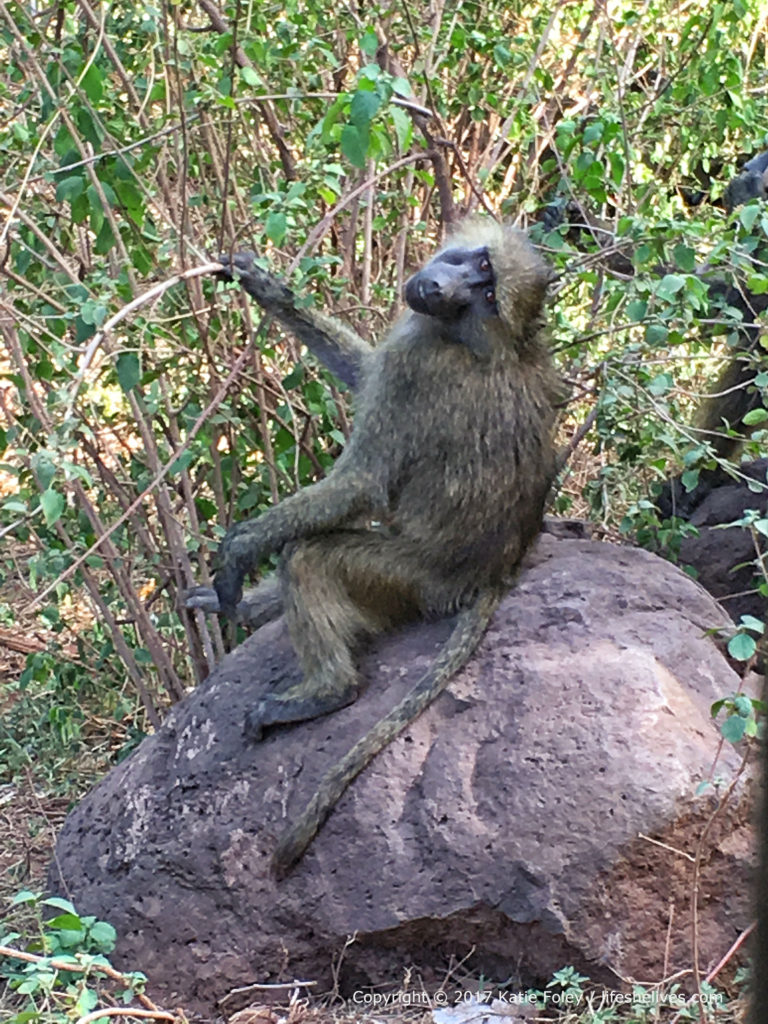 Now, whenever you're planning a safari, you always hear that it can take days and days just to spot one or two of the big players that you hope to spot on a safari. Would you believe that on the very first day, we saw 4 elephants, 2 giraffes, 3 or 4 different types of monkeys, hippos, and a bevy of zebras, impalas, wildebeests, and more!? We even saw a baby elephant which was SO cute (pictured below)!

The first giraffe we saw practically gave us all a heart attack. We were driving around a corner when suddenly we spotted a giraffe just hanging out in the middle of the road! “GIRAFFE!!!!!!!!” we all hollered (probably not the greatest idea when you want them to stay close to you, but hey, we were excited). Sure enough, he made his way into the brush as our safari truck neared, but he fortunately took a sharp right which granted us all a few moments of glory before heading into the trees. I got the below shot with a Samsung S5 video and just took a screen shot. 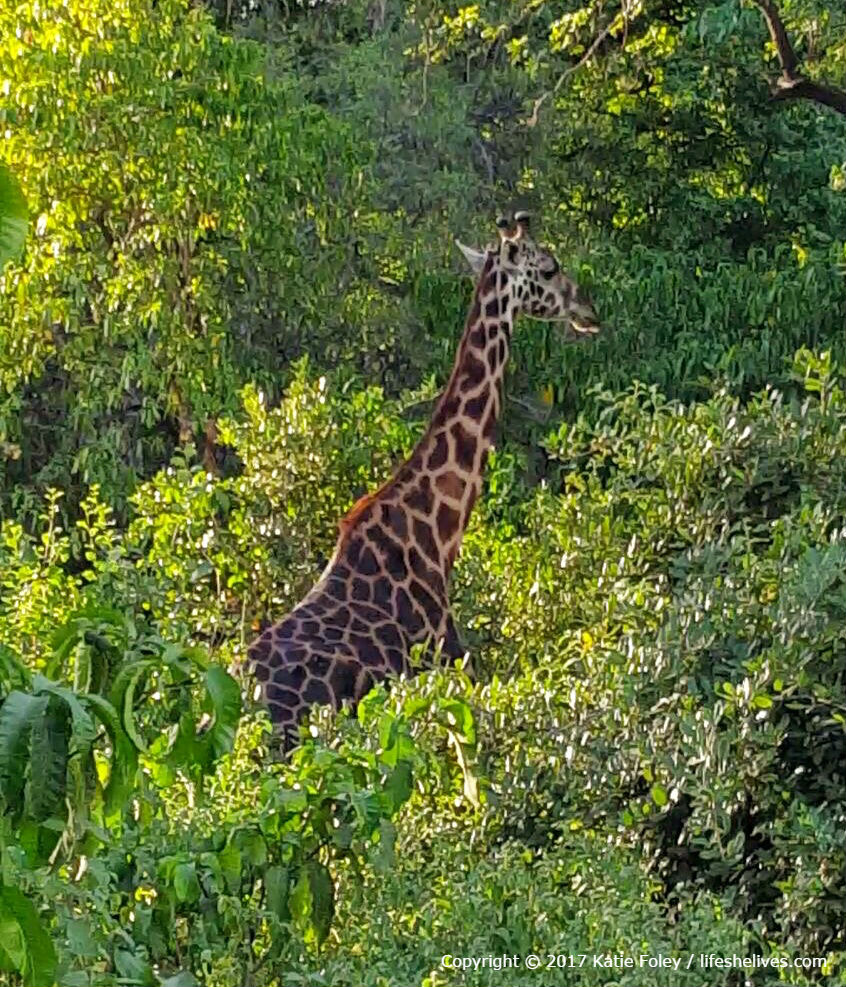 There was one point on the drive that we actually got to park the truck and get out. Here we were able to go on a an impromptu bridge that overlooks the lake and the surrounding fields, which felt endless. In the distance you could see a long pink line which our tour guide revealed was a huge pack of flamingos. 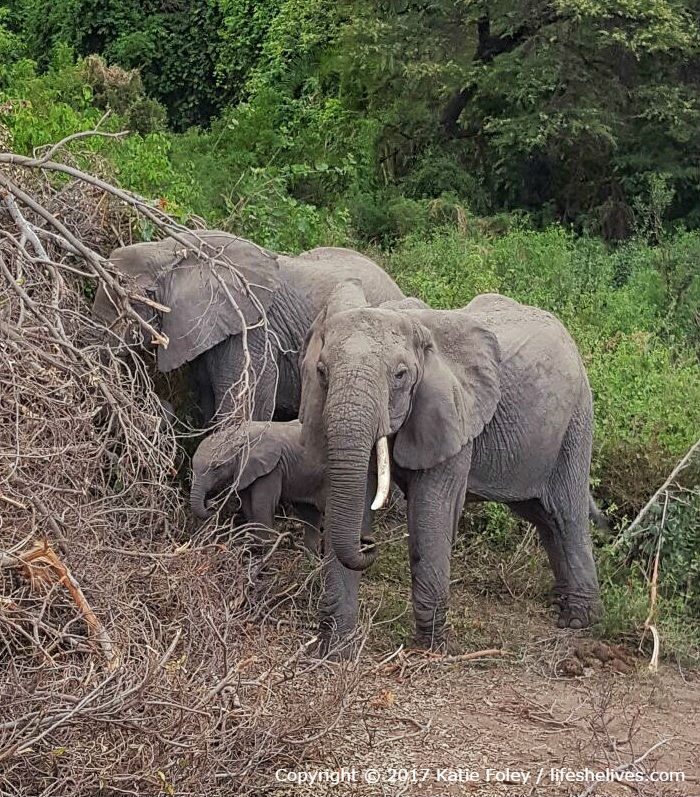 We got incredibly lucky on our first day. We didn't see any of the big cats in Lake Manyara National Park, but we did get lucky on day 2! Stay tuned for my next post about our safari in Ngorongoro Crater, which was even more impressive!