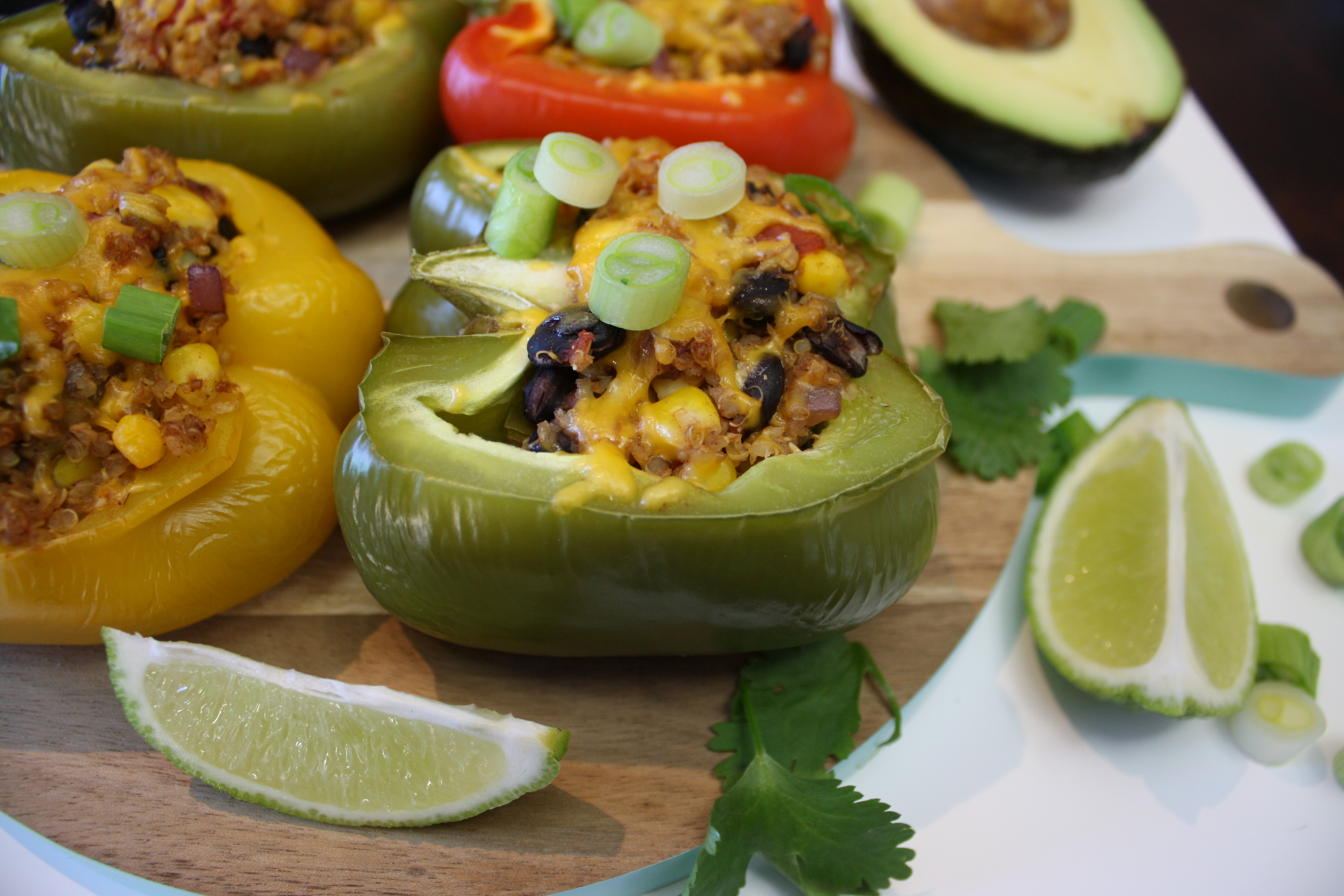 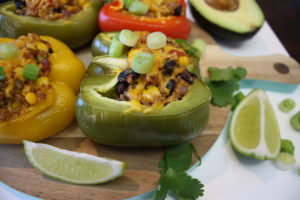 Stuffed peppers have been a long-time favorite in our house. They're easy to make, they can be stuffed in a variety of ways, they're a convenient lunch to pack and they're delicious. Of all of the variations I have made, I have to say that these quinoa stuffed peppers are my favorite.

As we settle back into “normal” life after a busy month and a half of traveling, Seware and I are officially declaring wedding mode. Come tomorrow, we will be 4 months out from the big day so we are cleaning up our diets and exercising harder than ever to get into tip-top shape. While stuffed peppers with meat are not unhealthy, I figured we could afford to have a meatless meal once a week. I know, I know… it's supposed to be “meatless Monday,” but I didn't make the decision until yesterday so, meatless Wednesday it is. Stuff that in your pepper, why don't ya? 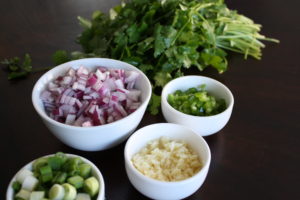 I've come to realize that I must really have a thing for southwest food, as some of my very favorite meals are loaded with beans, corn, tomatoes, etc., and these quinoa stuffed peppers are no exception. Add it all up and you've got yourself a healthy, hearty and balanced meal. One may hear “meatless” and think that this entree may not be substantial enough, but this is a seriously filling and satisfying meal that won't leave you with the food cramps that many other Mexican-style dishes do. You honestly don't even really need to serve it with any sides as everything is “stuffed” in one place. 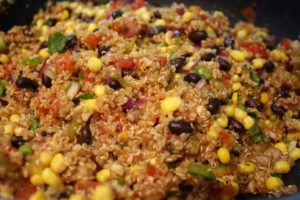 I only filled three (whole) peppers and was left with enough mixture for at least 4 more halves. I plan to make the extra peppers as soon as we run out of leftovers, which will likely be sooner than later as Seware takes leftovers to work for lunch. If you are left with extra and don't plan to use it within 2-3 days, freeze it and save for a super simple work-week meal. The bulk of the work will already have been done and all you'd need to do is get more peppers and stuff away.

What I love most about this is the flavor. The broth, juices from the diced tomatoes and jalapenos, cumin, chili pepper and (especially) chipotle peppers in adobo sauce make for a savory and smoky taste – that is really easy to adjust for personal preference! You can find the chipotle sauce near the mexican food at any grocery store; typically by the diced jalapenos and taco seasonings.

Note: We like spice in our house which is why I used both raw jalapeno pepper and a can of diced jalapenos. There is something about the juices from the can that give it an added kick! This is NOT an overly spicy recipe, though. The measurements are for a more neutral palette, so add by preference and consider drizzling a little hot sauce on top before serving! 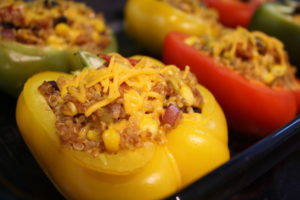 *As mentioned previously, I only filled three (whole) peppers and was left with enough mixture for at least 4 more halves. The mixture would also be good in lettuce wraps or tortillas, or as is. 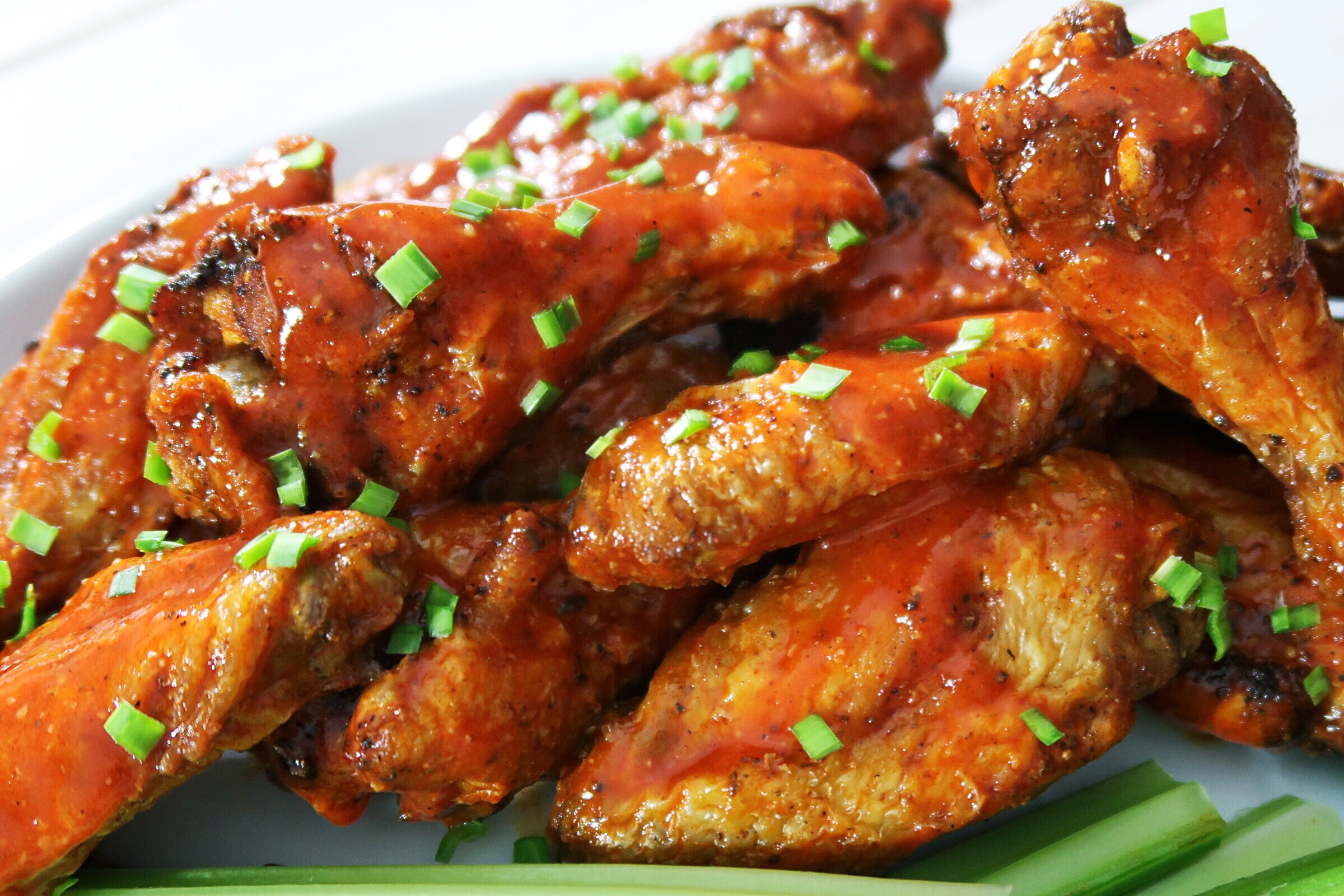 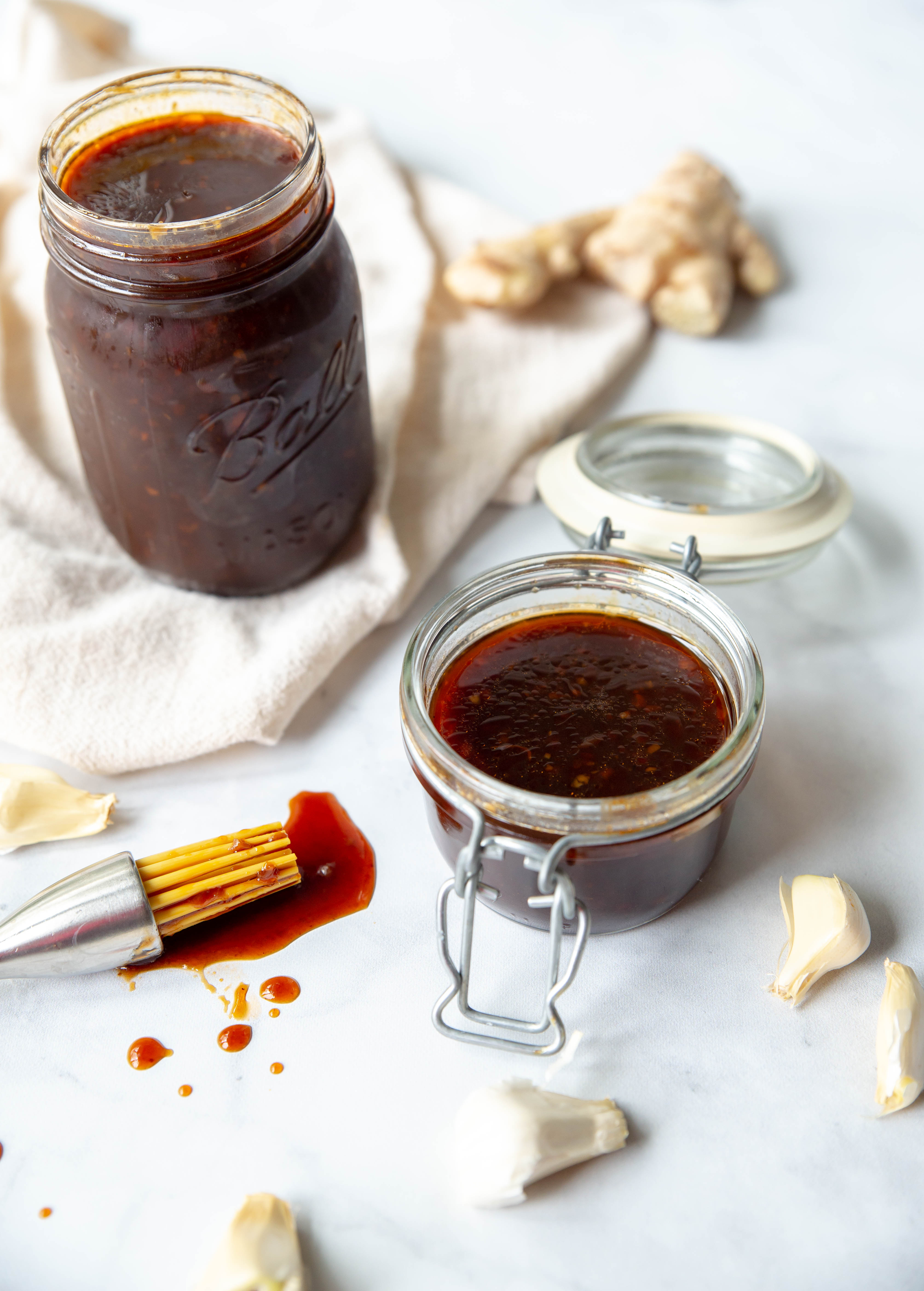 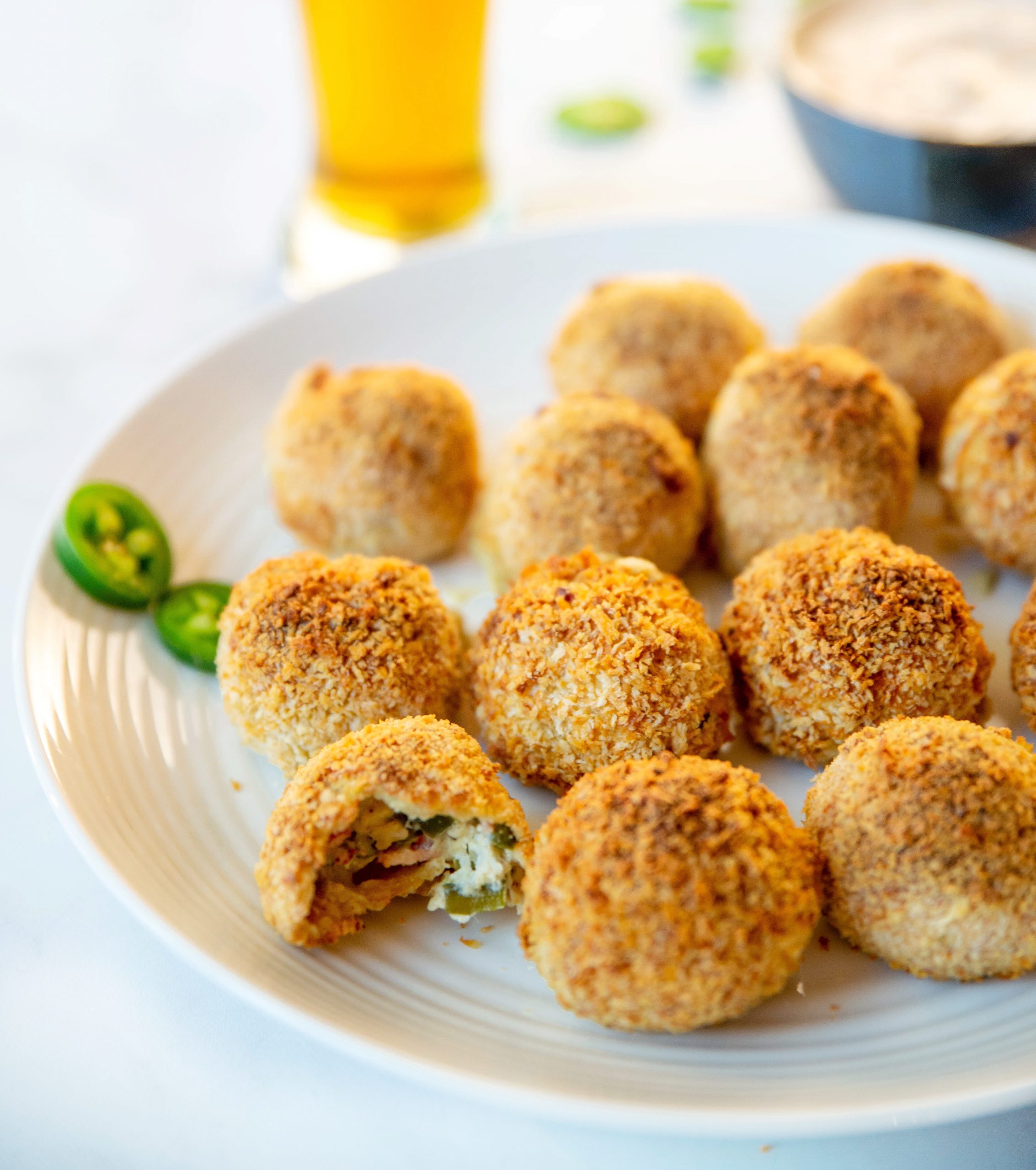 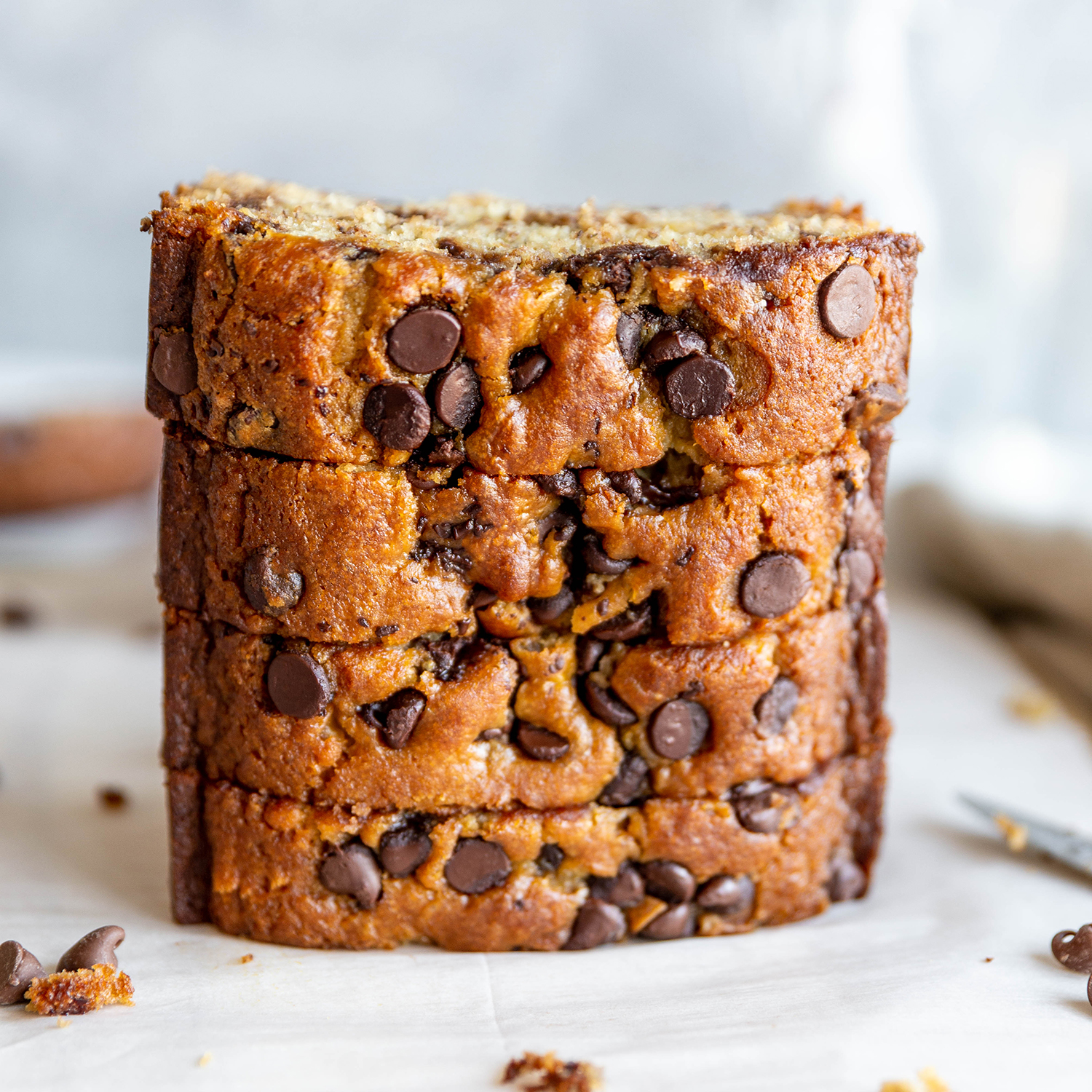 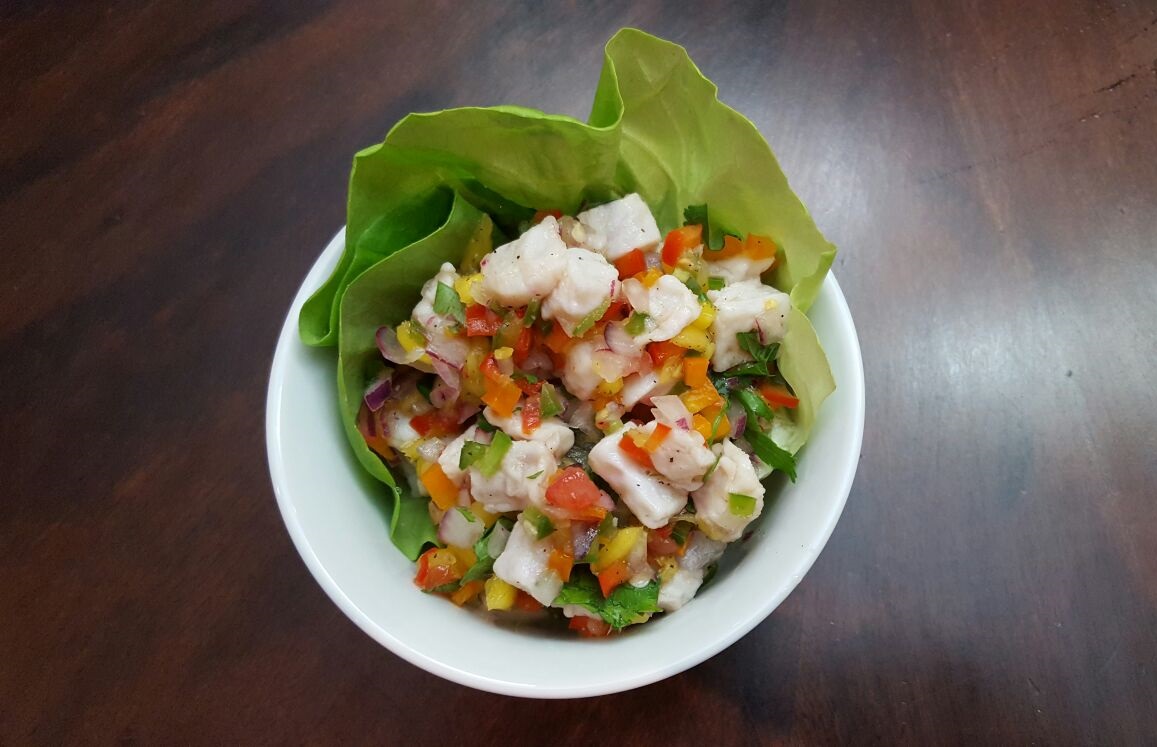 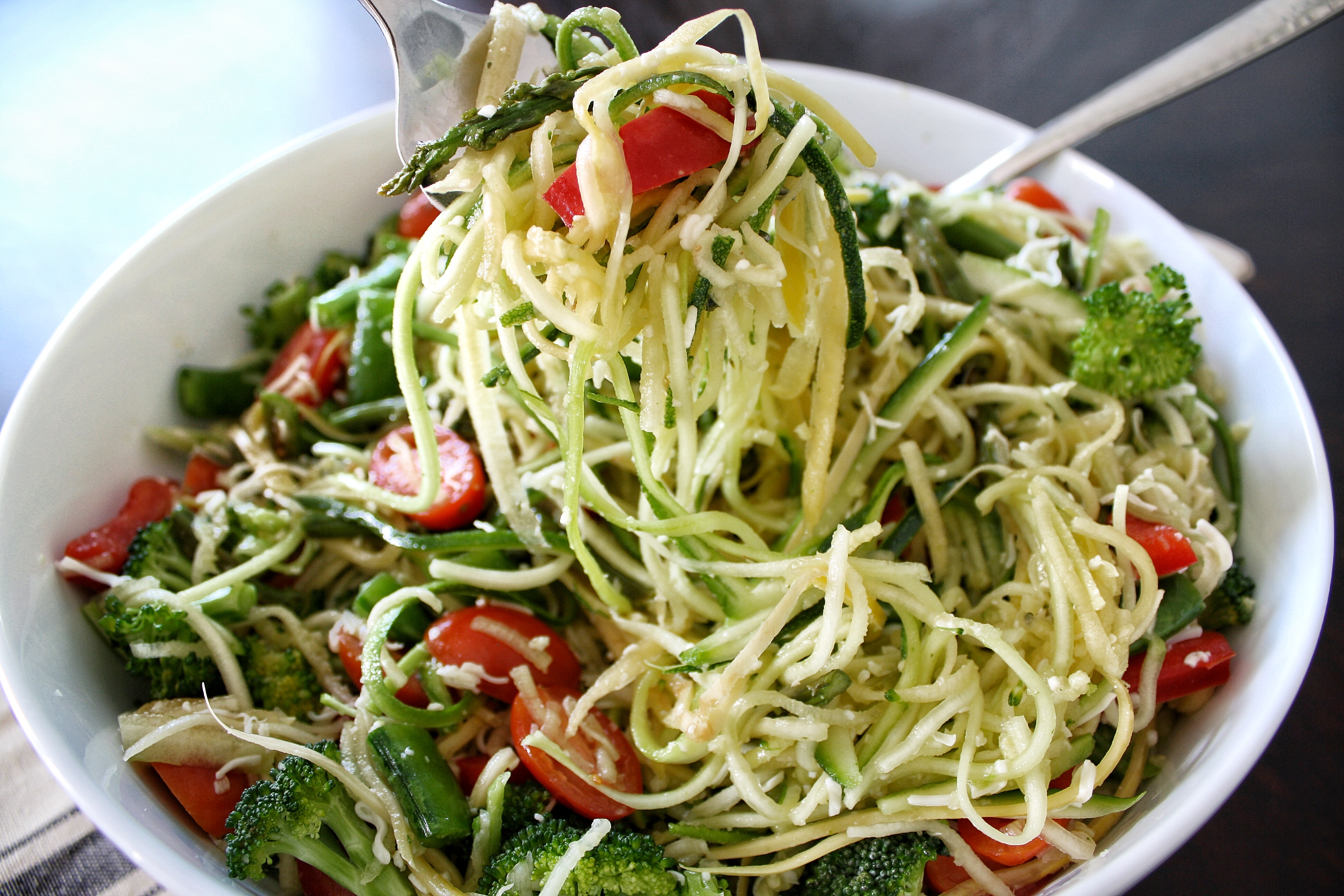