As I sat on the first leg of my flight back to Grand Cayman, it dawned on me just how much traveling I had done in the last month and a half. That was my TENTH flight since December 3rd. Tenth. Soon to be eleventh. That's a whole lot of flying. It got me wondering just how many miles I’ve traveled since going back to New England for the holidays, doing an overnight in Amsterdam and vacationing in Tanzania. 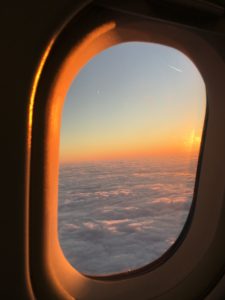 Sure, it would be impossible to determine just how many miles I went, between planes, boats, cars, ATVs and foot… but it’ll be fun to get an estimation, no? Let’s see…

I don't consider myself to be the best traveler in the world; I don't sleep well on planes, I have a bad hip so I get tight rather quickly, and I've recently learned that my feet hate cruising altitude cause they were SO swollen! To the point that I couldn't even slip on my already stretched-out Tom's. I LOVE traveling though, so I tough it out. That said, the ~40 hours of total flight time was not as bad as I expected. This is largely due to having an easy travel companion.

In addition to the crazy flight miles, we also drove a lot. There is no way I can really calculate just how many miles, but a rough estimate about one half of the way through our trip has lead me to conclude that we drove no less than 1,100 miles. That's probably being super conservative. More on that later. 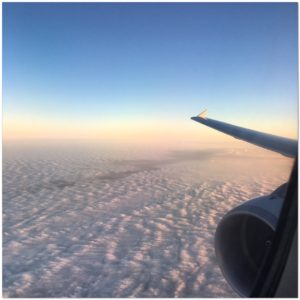 Let me preface this part by saying that I totally get that air travel is not the most comfortable for everyone. Most seats aren't as roomy as they could be, the seats recline so close to your face that you practically have to fold yourself into a right angle to slither out, and it's a long ride. BUT, I think there are ways to at least be courteous to those around you who are trying just as hard to be comfortable.

My fiance had it the worst on the very first leg of the trip – Boston to Paris via Air France. We sat in the center block of seats… myself on the aisle and Seware in one of the two middle seats. The gentleman seated to Seware's right was also unlucky enough to be stuck in the middle of the row, so he certainly had to understand the position his seat companion was in. The entire flight he sat with his arms stretched out as if they were wings, practically burying Seware. No arm rest was in sight, no space was to be had – seriously, Seware probably had 2/3 of his own seat left to himself at most. So, he had to lean into my neck of the woods in order to find some semblance of comfort. A bit unnerving to spend the first long leg of the trip like that, so we were wary about what was to come.

I can fortunately say that it only got better from there, though. Window seats galore, Seware's favorite, so we had a happy camper for the rest of the trip. 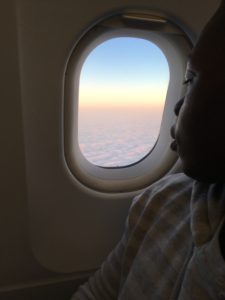 I am an aisle seat lover mostly due to the fact that I drink a ton of water and end up having to be that annoying person that needs to get up a lot. We tried to nail a row that had one seat empty so that we could spread out and get up as needed, but the flight was packed so I ended up stuck in the middle. When our row companion sat down, I was admittedly bummed the heck out. I was sure I wasn't going to sleep or be comfortable and was preparing for a rough 9 hours. She was also a chatty Cathy with the group surrounding us so there was that.

However, I ended up being pleasantly surprised. The KLM seats are super spacious and comfortable, the meals were decent for airline food, there is plenty of space in the back to stretch your legs and the girl ended up settling down and watching a ton of movies. I didn't sleep more than an hour (whereas Seware slept for probably 8 of the 9 hours… typical), but we were landing in the evening so I wasn't too concerned about being overly tired. 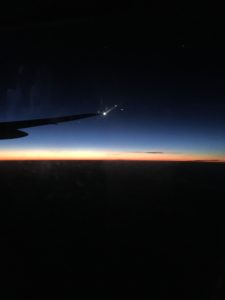 Somewhere over the Nubian Desert

I won't give too much detail about everything that we did on the trip – that's another few blog posts – but I will give a brief breakdown of where we went just to give you an idea of how much traveling was done.

In between all of that, there were of course many miles of exploration on foot and lots of driving around the areas to see the sites and shop. 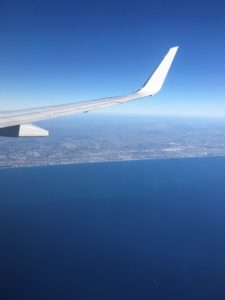 This may have happened because we intentionally booked a long layover in Amsterdam, which for some strange reason narrowed down our options for the trip back. It was weird and exhausting but we survived! Stay tuned for more about our trip to TZ! 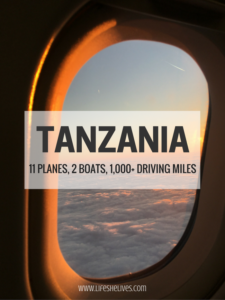